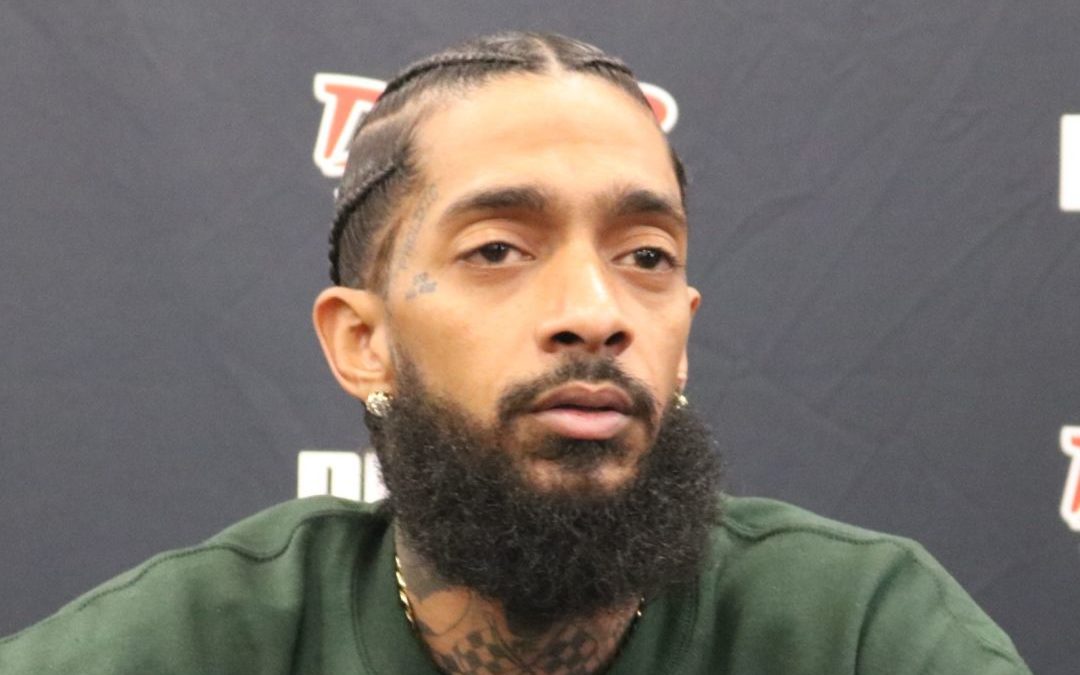 Exactly 4 weeks ago Nipsey Hussle was shot and killed in the same neighborhood he grew up in. The story has been all over the internet, millions of people, whether fans of his music or not, have been touched by his story and what he was doing for the community. I too felt the need to speak on a few things though I really was reluctant to post about it on social media. I tried to keep my thoughts on the matter private, as it seemed like so many people were potentially “clout” chasing. The narrative I want to speak on is different then what I have seen most people talking about, but I feel it is very relevant as shootings like this occur almost daily in many hoods across America. Ermias Joseph Asghedom, or Nipsey Hu$$le was gunned down at 33 years of age, a life cut short by violence. His fans, friends, family, and loved ones all continue to grieve over his lost, but where do we find comfort when something so tragic occurs?

As I mentioned above, the narrative I want to speak on is different than some of the things I have seen online. A common idea when someone dies young is that it was just their time to go, or that God calls their number and that’s it. People have this idea that God is in complete control of everything. I remember when 9/11 happened someone asked me ” why did God let that happen”. At the time I was a new christian and wasn’t that familiar with how free will worked and so on and so fourth. But I don’t want to stray away from my main point. When someone dies young or unexpectedly you often hear Pastor’s say God needed another angel, or the Lord took him or her. I find it very hard to believe that the Lord would “take” one person at 33, and there are serial killers and crazies that live well into their 60’s and 70’s (i.e Charles Manson) Scripture even tells us that sickness and death are enemies, and that the last enemy to be destroyed will be death. So if death is an enemy, that will eventually be destroyed by God, how can it also come from God? The real answer is that in times of grief we are looking for comfort anywhere we can find it. So the idea that God intended someone to die at a young age in order to fulfill a greater purpose provides meaning to an otherwise senseless ordeal. On the flip side I do believe God knows everything and can use bad situations for good, but I do not believe that said situation is His will. Another simpler example I can give is how scripture tells us it IS God’s will that everyone be saved but unfortunately that is not the case.

As a Christian I often times get offended by certain things I see, especially if it appears to mock my belief system. I was never offended by Tupac’s Makaveli cover, which depicted him on a cross being crucified, it was supposed to be symbolic of how he had been crucified by the media. That was 1997 though, I was 15 then, and now I am 37. I have seen and heard various rappers make references putting them selves in a God-like status. Kanye west as Yeezus, a play of Jesus. Jay Z who goes by Jay Hova, a play on Jehova, to Tupac saying in interviews he believes he is going to heaven because he has already been through hell on Earth. I guess I never took offense to any of this in the past because I never viewed it as these individuals were telling people to worship them. I don’t believe Jay Z, Tupac, or Kanye believed that they are God, though some critics would argue that point based on these artists’ lyrics. Hip Hop is extremely metaphorical, I have been on both sides, since I grew up deeply rooted in secular music of the mid-90s.

I said all this to say that when I heard the parallels people were trying to make about Nipsey concerning him being a modern day Jesus since he died at 33, along with a photo I saw of Nip in a crown of thorns, my spirit felt a little tension, like disrespect almost. Now  I would never talk ill about the dead and the purpose of this blog isn’t to tell people they are wrong or to be a bible thumper or tell people what to think. Some people are put on pedestals by others and I didn’t know Nipsey personally so I really am not sure his religious beliefs or background.  I just know that jealousy and envy are real, especially in the Hood, and when you make it out people want to hate and even kill you for that. I am not sure how we fix this problem, you hear people say we as a people have to do better and when is the violence going to stop? The root of the problem is the same though, if we don’t eliminate the source than it just continues. The source is sin, and the source is Satan. People may say oh you can’t just blame the devil for everything but when it comes to thoughts ideas and suggestions, who in their right mind would want to kill anybody? why take a life, why take someone’s father, brother, and in the process throw away your own life? That doesn’t make perfect sense to me but it definitely makes perfect sin!!!

I’m a be honest, I was not really a fan of Nipsey’s music. I always respect talented individuals, even more so when they are trying to give back and do something for the community. This was a very articulate, smart , business savvy individual and it appeared he knew the risk he was taking by making himself so hands-on in his community. That seems to be where his greatness was but also what led to his demise. Are there lessons that could be learned? Would his influence have continued to make an  impact had he lived and not died? I believe so without a doubt. Even if not I believe it would have been nice for his children to have their father. It is always sad and tragic when someone dies to gun violence or any type of violence. No one has even mentioned the alleged shooter in regards to his tragedy who was only 29, his life too is probably over. As angry as I know people are I still have compassion for all the victims, even the shooter. He is a victim too who also got caught up, in a fit of rage jealousy and anger I’m assuming…. just sad across the board.

In conclusion man we gotta stay prayed up and we gotta know the Lord, walk with Him, ask angels to protect us because we really never know what evil lies waiting around the corner!!! I never been a believer that stuff just happens at random, at least not in my life. I try to always keep my confessions positive, and so far the Lord has kept me straight. Glory to God